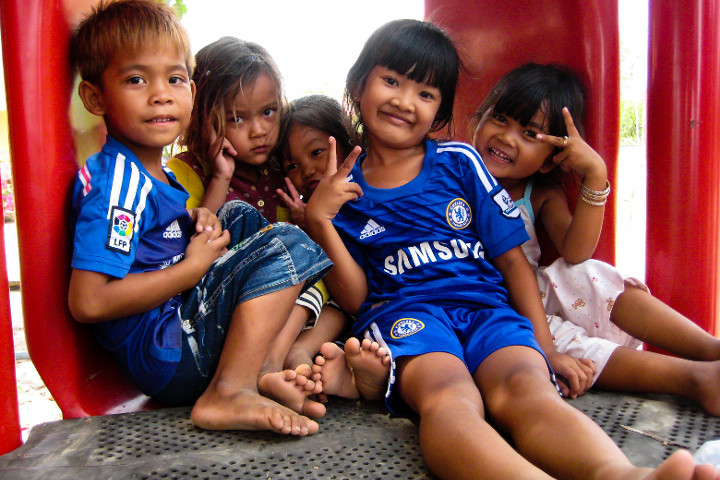 Chuck Sweeny: Rockford’s Kids Around the World is building 23 playgrounds in North Korea

If peace breaks out on the Korean peninsula — and it could happen this year — Rockfordians may just have something to do with it.

My hope is that the three of them will agree to end the Korean War, which was paused in 1953, but never brought to a conclusion. I also hope, as we all do, that North Korea will denuclearize and get on with improving the daily lives of its 25 million people.

So, what does Rockford have to do with it? The well-known Rockford-based group called Kids Around The World has been quietly building playgrounds in North Korea for about five years, earning people-to-people goodwill as they do it. And they’re not finished.

This seems very incongruous at first glance, but keep in mind that Kids Around the World is well known worldwide as the people who donate and build playgrounds.

“We’ve built 750 playgrounds all over the world in the last 24 years, including 25 in Rockford,” said “Kids” founder and Chairman Denny Johnson.

In 2019 the group will celebrate its 25th year of bringing joy to children, mostly in poor neighborhoods in countries where children have never seen an American-style playground.

Through a third party, “Kids” was asked several years ago to go to North Korea to meet with government officials about building playgrounds at 23 orphanages around the country. “Kids” of course said yes.

“We sent a team over to build the first one. We trained some of their people on how to build playgrounds and they’ve been building them ever since. We have been over there a number of times, visiting the orphanages to see that they were being done properly,” Johnson said.

Buying new playground equipment is expensive, so “we work with park districts in cities including Rockford, Chicago and Minneapolis, who call us when they are going to tear down an old playground.

“We get the playground parts and take them to our 40,000-square-foot facility on Hydraulic Road in Rockford, where we refurbish them, put on new seats and slides and ship them to the rest of the world,” Johnson said.

Johnson, a business and civic leader in Rockford for more than 50 years, traveled to North Korea with other “Kids” officials in September 2015. He stayed a week and enjoyed the experience.

“We flew into Beijing, and took another flight to North Korea, where we were welcomed very graciously. They put us up in a special resort outside Pyongyang. It overlooked a beautiful lake and they gave us a boat ride,” Johnson remembered.

“We visited downtown Pyongyang, went to a heritage museum and saw the grand square where they hold the parades.”

Johnson and his companions were treated well everywhere they went, he said.

“They showed us the first playground we had built, at a brand new orphanage. The kids put on a performance for us. They showed us the bicycles we had sent over. They had begun a class to teach children how to repair bikes.”

Johnson said the kids “acted just like the kids everywhere act. They loved the playground, as well as the basketballs, scooters and toys we sent over.”

Kids Around the World has built 16 playgrounds in North Korea out of the 23 it promised to build, “so our work is not finished,” Johnson said.

Although he has not met Kim Jong Un, Johnson said North Korean officials “said Kim’s passion is for the children; so we were actually helping to do what he wanted to do.”

Kids Around the World works in challenging conditions, going where they are invited and always respectful of local culture and government policies.

This year “Kids” will build 100 playgrounds around the world — for kids.

There are no upcoming events.

There are no upcoming events.